Despite the much-lauded recovery from the Great Recession and all the talk of economic growth in the UK, significant numbers of British households have not really experienced much of a recovery. Recent research commissioned by the Joseph Rowntree Foundation suggested that nearly four out of 10 households with children, or 8.1 million people, live below an income level regarded by the public as the minimum needed to participate in society. The working-age poor seem to be particularly hard hit; households with members aged under 35 are now over four times more likely to be below MIS (minimum income standard) than pensioners.

Even amongst those who could not be classified as poor, the economic meltdown brought job losses and other problems from which recovery can be painfully slow. As a result many are struggling with credit problems and because their credit records are less than perfect, many have trouble getting a conventional loan. For some of these people a guarantor loan may seem to be the answer. This is an unsecured loan requiring the borrower to have a second party acting as a guarantor should the borrower be unable to pay back the loan. In other words both the primary borrower and the guarantor sign up for the loan.

Although they have become quite popular in recent years, guarantor loans are not a new concept. In the days before computers and credit scoring that is essentially how banks lent money. The entire transaction was based on trust. Those days are gone, but today’s guarantor loans operate on the same principle – well, sort of. For the borrower there are definite advantages to such a loan; handled properly it can help build or restore the borrower’s credit, whilst avoiding the usurious rates attached to products such as payday loans. For the guarantor, however, there are risks.

Whom do I choose?

Lenders have specific requirements for guarantors; at one time most of them required a guarantor to be a homeowner with an impeccable credit rating, but that is no longer the case. Guarantors do still have to have quite a good credit history but increasingly lenders are willing to consider tenants as guarantors. Generally the guarantor will also have to have a regular income and an active bank account, and must be at least 21 years of age but not older than 75 by the end of the loan term. 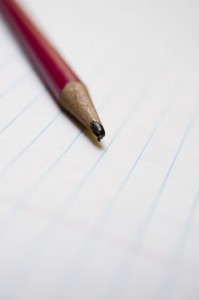 Asking to borrow money isn’t an easy thing for most people, and approaching someone to guarantee your loan can be awkward. Clearly you need to choose someone whom you can trust, but remember that trust works both ways. The guarantor is the one who is really taking the risk and if you are unable to make your loan payments it falls on your guarantor’s shoulders. Both you and your guarantor need to assess the situation and figure out if you can afford to enter into this transaction – emotionally as well as financially. Will your relationship be decimated if you are unable to meet your obligations? That question is as important or perhaps even more important than the matter of financial affordability.

A choice not to be made lightly

Even if you and your prospective guarantor trust each other implicitly, the choice to take out a guarantor loan is not one you should make without carefully studying your options and being aware of the disadvantages. For one, interest rates are quite high; although not as extravagant as payday loans they can be 46% a year or higher. Furthermore they don’t offer the same protections to consumers as regular loans do.

Earlier this summer the debt charity Citizens Advice warned that guarantor loans have the potential to be just as damaging to borrowers as payday loans. In many cases reviewed by Citizens Advice, the guarantors were not completely aware that they were signing up for large debts, and many weren’t aware that some of the debts could be legally pursued by debt collectors even if the borrower passed away. Citizens Advice and other consumer advocates have been pressuring the Financial Conduct Authority (FCA) to put more protections in place for people who take out guarantor loans, but as of now it’s very much a case of caveat emptor.

One way both the borrower and prospective guarantor can protect themselves is to be informed consumers. Before resorting to a guarantor loan, always research other alternatives. If a guarantor loan seems to be the best choice then you still need to research your options by comparing lenders.

If building or rebuilding your credit is important to you, you must do two things: start with the best information available; and make a commitment to handle all loans responsibly. That way you will avoid making your credit problems worse than they already are.

It’s also advisable to get rid of any existing credit cards, opting for alternatives like prepaid cards which can offer the same functionality without any of the interest or late payment fees that come with credit cards, as well as helping you to better manage your budget and spending.